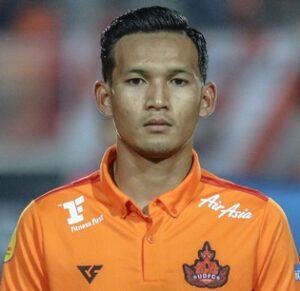 First known match for UDFC was against Chaiyaphum on July 13th, 2013, as a substitute, in the league (Regional League). Might have made his debut earlier that season.