UDFC were playing at Udon Thani Rajabhat University Stadium in 2016 and 2017. The stadium had a capacity of approx 8,000 fans in 2017, according to the club. The highest official attendance was 7,760. The stadium is located approx 1100 meter in a straight line from Central Plaza. The stadium is at the bottom, left corner on the photo below, and Central Plaza at the upper, right corner. 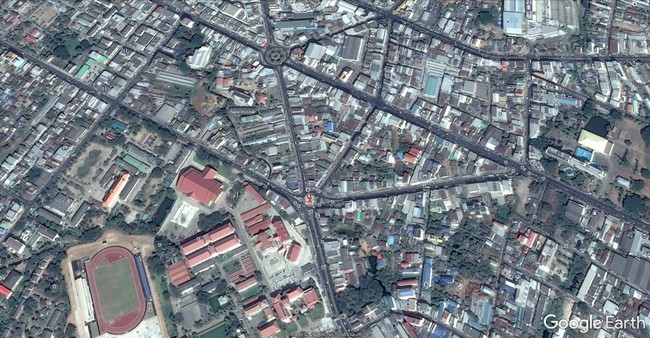